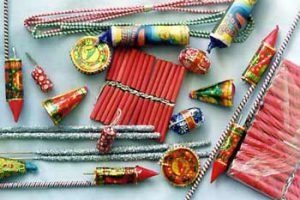 Sivakasi, a quaint little town in Tamil Nadu, is the biggest home to the fireworks industry. About 80% of India’s fireworks are manufactured in this
small town. Needless to add, almost the entire population of Sivakasi depends on the firework industry.

There are some unique characteristics attached to the place. The name, Sivakasi, is one of them. The legend has it that a king, who worshiped Lord Shiva, was passing through the village. As darkness fell, he decided to rest in the village and performed puja, placing the shiv linga under a tree. He, then went to sleep. In the morning he found that the shiv linga had attached itself to the ground and refused to move. The king built a temple at the place and the town came to be known as Sivakasi.

Nadar Lodge is an important landmark in the town of Sivakasi. Nobody talks about anything but firecrackers here. Agents come here, a yellow cloth bag in tow, containing the price list of crackers. Rarely does anyone in this town carry plastic bags. Another significant feature of business dealings here is that no one is allowed to interrupt any negotiation. It is an etiquette that is observed by all in this town.

Though the fireworks industry is the lifeline here, several printing press and match box factories here can also be found. All the printing required for the fireworks industry is also carried out here itself. Most of the factories are huge in size each spread across 30-120 acres in length and employing 1200-1500 people. The industry thrives on manual labor and few processes are automated. The automated processes are carried out by machines run by laborers.

Carrying inflammable items is prohibited in the factories and the work goes on from sunrise to sunset. There are, hence, no power supplies in any of the factories and even godowns have not been electrified for fear of fire.

Around 75% of the labor force comprises women, most of whom are uneducated. Those associated with the factories claim that work is generally safe since most of the crackers do not use acids. Workers eat bananas as a common antidote to guard against constant exposure to chemicals, mainly aluminium. It is interesting to note that most factories offer a Rs 35 per week, banana allowance.

Government regulations have ensured that no child labour is employed in the industry. The ban on the use of sulphur, sulphide or chlorates in the making of fireworks have made the industry relatively safer. The government has also made it mandatory for all workers engaged in dangerous processes to wear masks and gloves protecting their face and hands.

The industry is controlled by various families. There are approximately 50,000 full-time laborers and 60,000 contractual ones. There is also a huge difference between the manufacturing and selling price of firecrackers. According to industry sources, marketing of crackers normally carries a profit margin of 100-200%. A cracker which costs Rs 5 to a manufacturer is normally priced at Rs 50-65 in the market.

The firecracker industry, which is worth between Rs 800-1000 crore, comes alive after Ganeshotsav. It gathers momentum after Dassehra when suppliers begin to take stock of firecrackers piled in their godowns from the previous year. This is also the time when prices begin to peak. Most people give in to the spirit of the festive season and do not mind spending a little bit extra.

The industry has a fewer number of wholesalers. Most suppliers deal directly with factory owners in Sivakasi. This is an effective way of saving commission and adding to the earning. Retailers believe that the profit margins are kept high in order to support the industry through the remaining 11 months when the demand is virtually nil.

The industry operates on branded products and rarely do people purchase unknown products. In Mumbai, for instance, Standard and Shyama are popular for their sparklers. In the medium budget range, Metro and Chandra sparklers are in great demand. Other popular brands include Arson, Coronation, Kaleeswari, Sony and Dada Fireworks. Earlier when fireworks were not manufactured in the country, they were imported from China.

Several factors are considered while determining the price of the firecrackers. It is very important to know the overheads involved in the
fireworks industry. Most manufacturers have two catalogues, one for the festive season and the other for all the year round.

Following is the distribution of costs in the industry:

After all these overheads have been taken into account, the price of the cracker goes up at least 5-6 times the manufacturing cost. In spite of heavy margins the industry finds few takers for the fireworks business throughout the year. Lack of storage space is one of the major factors responsible for this. Sivakasi is an excellent example of how a cottage industry can survive and prosper without any significant help from the government. The surviving skills and enterprise of these people reflect how collective efforts can ensure that people survive under adverse circumstances. And if the entire populace manages to do so without any external aid, then one can’t help but praise the instincts of those involved. The whole community of Sivakasi deserves accolades for their pioneering work. Promotional programmes provided by the establishment can go a long way in improving the working conditions of the people and the government should take the initiative in making that possible. 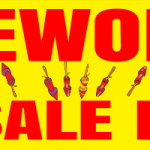 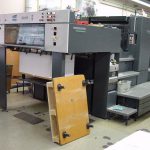